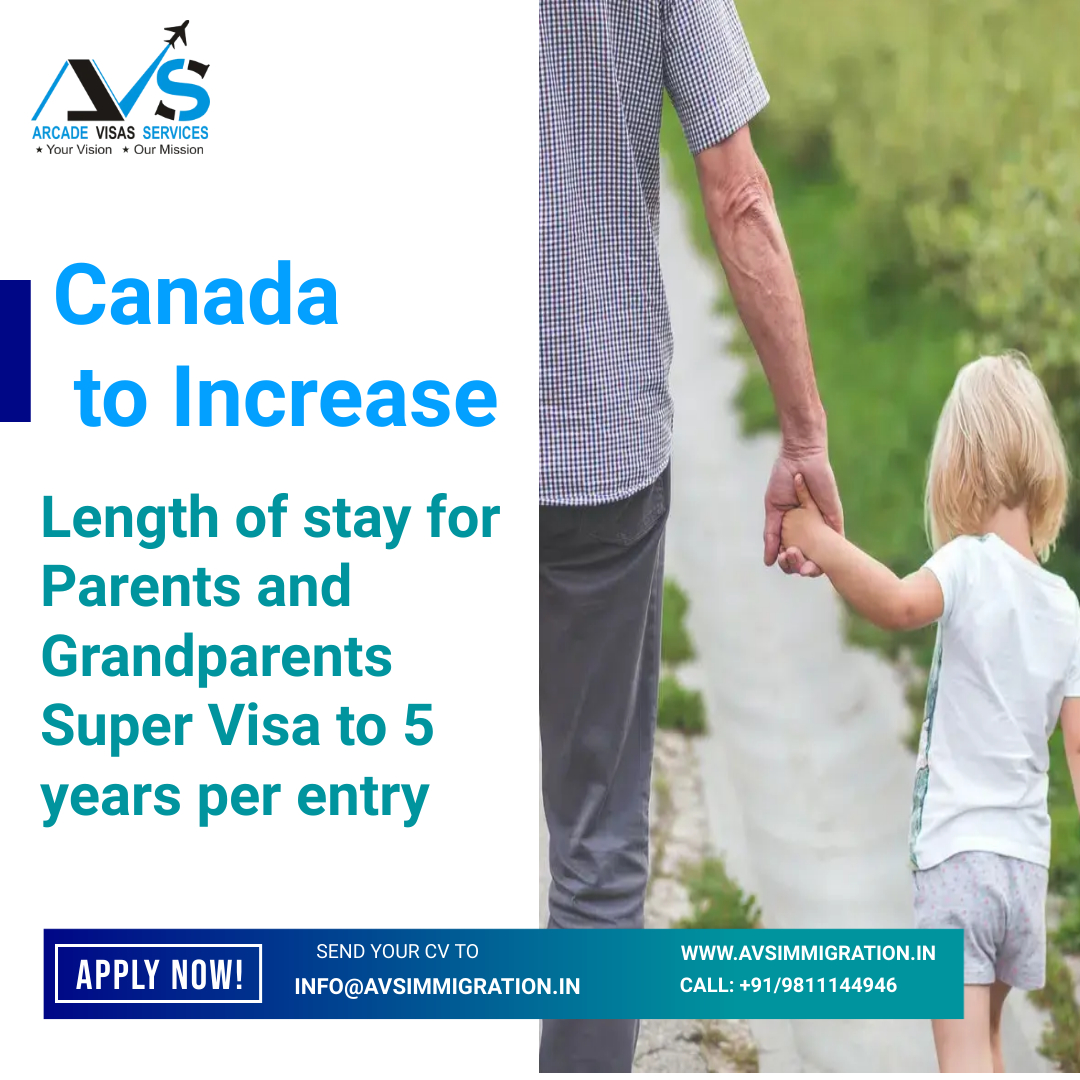 In addition, the Immigration Minister may designate international medical insurance companies to provide coverage to Super Visa applicants in the future.

IRCC has just announced major reforms to the Parents and Grandparents Super Visa.

At present, Super Visa holders can stay in Canada for up to two years per entry. The Super Visa is a multi-entry visa that is valid for up to 10 years.

Currently, only Canadian insurance providers can provide the medical coverage that Super Visa applicants are required to have. Immigration, Refugees and Citizenship Canada (IRCC) has stated it will announce further details at a later date.

These reforms were initially proposed by Conservative Party of Canada Member of Parliament Kyle Seeback via Bill C-242.

According to IRCC, Canada issues approximately 17,000 Super Visas per year.

For over a decade, the Super Visa has been offered as an alternative to the Parents and Grandparents Program (PGP). The PGP offers permanent residence, but since it is very popular, demand to sponsor far exceeds the number of spots available. In a given year, IRCC receives interest from some 200,000 sponsors but offers some 20,000 immigration spots through the PGP. As a result, in recent years, IRCC has temporarily opened expression of interest windows for the PGP, and then held lotteries extending invitations to apply for permanent residence under the PGP. In an email to CIC News late last week, IRCC said it does not yet have an update on its plans for the PGP in 2022.

As such, the Super Visa is available to those who pass a medical examination and provide proof of private health insurance from an approved insurance provider. This is so Super Visa holders can get emergency health care in Canada without the costs being paid for by Canadian taxpayers. In addition, host children or grandchildren must meet IRCC’s minimum income requirements.

“Families are at the heart of Canadian society. The enhancements to the super visa program allow family members to reunite for longer in Canada, which helps everyday Canadian citizens and permanent residents succeed and contribute to society, while affording their parents and grandparents invaluable opportunities to spend time with their family in Canada,” said Canada’s Immigration Minister Sean Fraser.